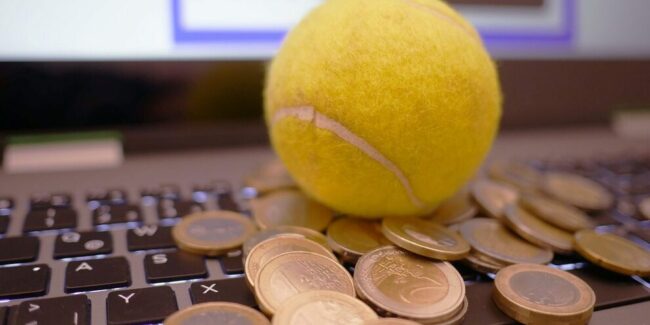 Fantasy sports are traditionally played in “leagues,” with participants forming “teams” of real-life athletes. A league does not have to have a certain number of clubs. For the game of fantasy football, for example, a typical league has ten teams, however alternative leagues have twelve to fourteen teams. The performances of the athletes on these “teams” decide who wins and who loses the money-based battle between these “teams” each week. According to a 2007 poll, 34.5 million individuals in North America had participated in fantasy sports. At the same period, the sector’s economic impact was roughly $1.7 billion (nearly $2.2 billion now, adjusted for inflation). The business expanded even further with the introduction of daily fantasy sports tournaments. In a few of key ways, these tournaments differ from typical play. For starters, they only last three days rather than a season, and they pit random individuals against one another rather than a planned group of players playing in a season-long league. Only in 2019, did daily fantasy sports games generate nearly $3 billion in revenue in the United States. The growing popularity of daily fantasy sports has spurred debate over whether DFS is gambling and should be regulated as such.

Gambling is regulated at the state level because governments have the authority to do so under their police powers. This gives states the authority to protect citizens’ safety, morals, and health. Gambling has been regarded to be bad for public morality because it can lead to financial desperation, which can lead to criminal action, especially among more susceptible populations. The majority of governments define “gambling” as the following activities: 1) gambling money on the outcome of 2) a game of chance in order to 3) earn a prize The most significant question is usually whether a game is one of skill or chance. The courts have created tests to determine whether an action is based on talent or chance. Wu mentions three of them: 1) the predominant factor test, which asks if skill or chance “predominately” affects the outcome; 2) the material element test, which asks if the outcome “depends in a considerable degree on an element of chance;” and 3) the any chance test, which holds that an action is gambling if chance is involved in any way.

In Wu, Dew-Becker lost $100 in DFS to Wu. Dew-Becker filed the complaint under an Illinois statute that permits a gambling loser to seek restitution from the victor. The issue of whether DFS constituted “gambling,” which would allow recovery under this statute, was raised before Illinois’ highest court.

The court stated that under Illinois law, gambling is defined as “playing a game of chance or skill for money or other thing of value.” The Act, however, exempts “true contestants in any genuinely fide contest for the appraisal of talent.” The court applied the predominating factor test to determine whether DFS qualified as a “true contest of skill.” After evaluating a variety of studies that proved that the outcomes of DFS are statistically driven by skill rather than chance, the court concluded that daily fantasy sports are not gambling.

In his dissenting judgment, Justice Lloyd Karmeier contended that the court implemented the major factor test incorrectly. Courts that apply the standard, according to Justice Karmeier, often consider predominance in a qualitative sense (not quantitatively, as the majority did). To put it another way, Justice Karmeier would have asked himself, “What [element] truly determines the outcome of the activity: skill or chance?”

The majority’s interpretation of the Act involves several mistakes. First, even if we accept the court’s determination that Daily Fantasy Sports is a game of skill on its face, this outcome cannot serve as a foundation for the court’s position since the relevant statute defines gambling as games “of skill or chance.” (Here, the tension is introduced) True, the Act exempts “serious contestants in any bona fide contest for the determination of ability,” but the court’s approach elevates this exemption above the requirement itself. Because the court makes no distinction between bona fide contests of skill and general games of skill, or between “actual contestants” and other contestants, any “game of skill” covered by the prohibition is also covered by the “bona fide contest” exception (as will be detailed below, the opinion of former Illinois Attorney General Lisa Madigan provides a convincing account of this exception). As a result, the court’s interpretation of the act renders the prohibition on skill games null and invalid, which runs counter to the idea that legislation “should be construed such that effect is given to all of [their] provisions.”

Second, the court erred in defining a game of skill by focusing on the quantitative aspects of daily fantasy sports rather than the qualitative aspects of the game. Former Illinois Attorney General Lisa Madigan explained that the phrase “true participants” refers to those who actually participate in a competition, as opposed to people who wager on the outcome of a tournament. Based on this assessment, Madigan concluded that players in daily fantasy sports are more akin to gamblers than serious contenders and, as a result, do not qualify for the exemption. The court in Wu attempted to excuse Madigan’s finding by claiming that she lacked “the benefit of more recent studies,” which revealed that mathematical aptitude plays a larger part in DFS. However, these studies do not address Magidan’s argument, and it is unlikely that they would have changed her mind. Both Madigan and Justice Karmeier, who dissented, focused their arguments on whether an element (skill or chance) “determines the outcome” rather than the mathematical relationship between skill and chance in DFS. Daily fantasy sports (DFS) can be deemed gambling using this qualitative approach since participants essentially wager on athletic performances over which they have no direct influence. Predicting which athletes will do well needs expertise, but this skill does not dictate the outcome of a daily fantasy sports game; the athletes do. The sportsmen have complete influence over the result.

Furthermore, the court attempted to undermine the authorities who backed Madigan’s finding; nonetheless, its arguments were also ineffective in this regard. The court stated that Madigan’s finding “heavily relied” on a Texas Attorney General’s position and that Texas employs the “any chance” standard, implying that Madigan’s conclusion does not apply to the primary factor test. However, the portion of the Texas case that Madigan cited had nothing to do with judicially constructed exams. Madigan referenced the Texas ruling because, at the time it was written, Texas’ gaming legislation was quite similar to Illinois’. Both states’ legislation had an exemption for “bona fide challenges,” which the Texas Attorney General construed similarly to Madigan. The court does not explain how the Texas Act’s meaning would have differed if it had been administered in a state with a predominant factor test. Furthermore, greater statutory language gives weight to Madigan’s point of view, which is a beneficial development. The state statute of Illinois clearly prohibited betting on the result of athletic events at the time the Wu case was decided. Justice Karmeier emphasizes this idea. This activity is similar to daily fantasy sports in that both require users to put monetary wagers on the results of sporting tournaments over which they have no direct control.

In conclusion, the court’s mathematical-predominance approach should not be used since it produces results that are inconsistent with logic. According to studies, talent is the more essential aspect in poker, hence the court’s approach would not consider it gambling. In his opinion, Justice Karmeier emphasizes this issue. Because poker is a sort of gambling, this conclusion is irrational; in fact, “poker is usually seen as a synonym” for gambling. The qualitative method described by Justice Karmeier makes far more sense, and it has been adopted by a number of courts (see here, here, and here).

Nonetheless, Justice Karmeier’s qualitative technique is not without flaws. What Justice Karmeier thinks to be the “fundamental distinction” between gambling and a game of skill is a player’s ability to “overcome chance with higher competence.” In his opinion piece, he makes this point. The findings of this test might lead to the reclassification of certain activities that are often referred to as gambling as games of skill. Consider a tennis match in which the winner of a coin toss is handed a one-set lead over the opposing player. The individual who lost the coin toss has a chance to redeem herself by improved talent, but the other player now has a potential advantage that cannot be overcome. Gambling is a concept that best describes actions like these, when players do not have the “same instrumentality for winning.” Similarly, the finest daily fantasy sports players use computer programs to produce hundreds of flawless team combinations. Normal players who are unfamiliar with these tools will almost always lose if they are up against a “high roller” who is familiar with them.

Furthermore, even if a game may be mastered with skill in principle, it is still gambling if a regular player is unable or unlikely to master it in practice. This is due to the fact that theoretical skill is not the same as actual skill. The court concluded in Ruben v. Keuper that a boardwalk game in which participants sought to roll a ball into a hole, while technically masterable, was in reality a casual game of chance played by bystanders who did not genuinely seek to master it. Despite the fact that the game could potentially be mastered, the court issued this ruling. Similarly, the bulk of people who participate in daily fantasy sports do it for enjoyment and lack the computer scripts and statistical expertise necessary to become professionals. The vast majority of people who play in carnival and boardwalk games lose, as the vast majority of us know from personal experience. Similarly, around 90% of people who engage in daily fantasy sports lose money, implying that the ordinary player is unable or unwilling to learn the skills required to win consistently.

Finally, DFS adds to the traditional societal ills associated with gambling, which the court should also examine. DFS systems entice consumers with marketing that gives the false impression that even inexperienced players may earn large sums of money. These promotions may cause the gullible or poor to lose money, which is precisely the type of policy effect that law meant to prohibit gambling seeks to avoid. According to another study, DFS “increases the likelihood of the development of compulsive gambling disorders.” Regulating daily fantasy sports as a kind of gambling would thus help to policies that justify gambling restrictions in general.

Despite the fact that DFS has already been largely authorized, legal developments in other states illustrate that the problems addressed in Wu are far from irrelevant (including in Illinois, as was indicated above). For example, in White v. Cuomo, the state highest court ruled that the New York Assembly lacked the jurisdiction to establish “interactive fantasy sports” within the state owing to the state constitution’s prohibition on gambling. A number of other states’ constitutions include clauses similar to this one that outlaw gaming. As a result, if daily fantasy sports are constituted gambling, the states that have legalized them may have violated the law if they did not do so in line with a constitutional amendment. In many cases, state legislators’ constitutional power is directly affected when determining whether or not DFS constitutes gambling. The gravity of these issues necessitates a more in-depth investigation than Wu provides.